Thanks so much for looking and please let me know if you have any questions.

Be the first to review “Austin Script” Cancel reply 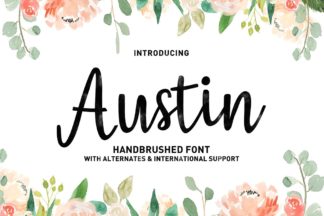