by Piñata in Fonts, ScriptAsk a question

Books Script—a vintage script inspired by children’s books of the 60-70s of the last century.

Books Script is a good-hearted font; it is based on the books design of the Soviet period between 1960 and 1970. This font is perfect for illustrators and books which are designed for children.

Be the first to review “Books Script—handwritten font” Cancel reply 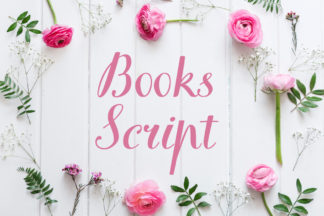