Calligraphy script Is a hand calligraphy, smooth, modern and clasik, calligraphy wavy, which was created to meet the needs of your next design project, hopefully you like it.

Calligraphy script features 737 glyphs and has given PUA unicode (specially coded fonts), can be accessed easily with the character map, can be accessed in full by the lovers of letters or artisans to increase career in the design world.

The Features of this fonts is:

Be the first to review “Calligraphy Script” Cancel reply 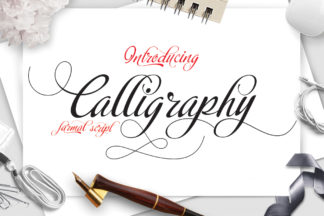