by Cut Story in Calligraphy, Fonts, ScriptAsk a question

The ZIP file are include the following :

If you have any question, don’t hesitate to contact me by email hello.cutstory@gmail.com Thanks and happy designing 🙂

Be the first to review “Puttroe Script” Cancel reply 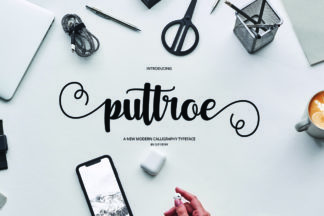