Quickly Sustain is a modern serif font which a chic and feminine style that perfect for your latest project.

Image used : All photographs/pictures/logo/vector used in the preview are not included, they are intended for illustration purpose only.

Hope you enjoy with our font! 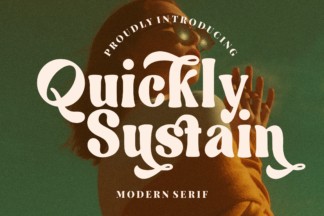