How to access all alternative characters using Adobe Illustrator:

If you need help or have any questions, please let me know. I’m happy to help 🙂 Thanks & Happy Designing!

Be the first to review “Nightcall Script” Cancel reply 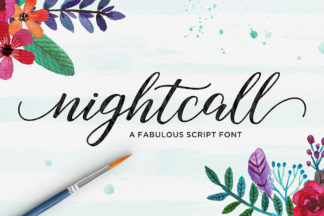